A place for everything made by the brand Mothership LLC. Nothing else is to be posted here. Clean Mothership Glass pictures only. *All users agree and are aware all glass purchased, sold, or traded is to be for admiration of the art or tobacco use purpose only*
Forum rules
This forum is for the use of glass art collectors. We accept no responsibility for any transactions that take place between two or more members of the community. We will do our best to moderate and put the guidelines in place in insure a secure convieniant marketplace for glass art. All member enter a contract with Borobook when they register agreeing that all glass purchased sold or traded is for either the admiration of the art of the piece, or tobacco use only. No other use permitted. If anyone on the forum posts ads or spam for products other then glass art such as fake sunglasses, wallets, etc. will be banned. IP bans will be issues to anyone who abuses the forum. This network is for glass collectors to connect, trade buy and sell glass art with other glass collectors, vendors, and artists. Please forward all questions to info@borobook.com

Borobook can not verify nor confirm the validity of the postings or items on sale or trade on this site. As such, ALL transactions (sales or trade) should be entered into AT YOUR OWN RISK and after doing appropriate due diligence to protect yourself against fraud or misrepresentation from the other party.
Borobook cannot be held liable for any misrepresentations or issues that may arise between buying, selling or trading parties.
Post Reply
1 post • Page 1 of 1 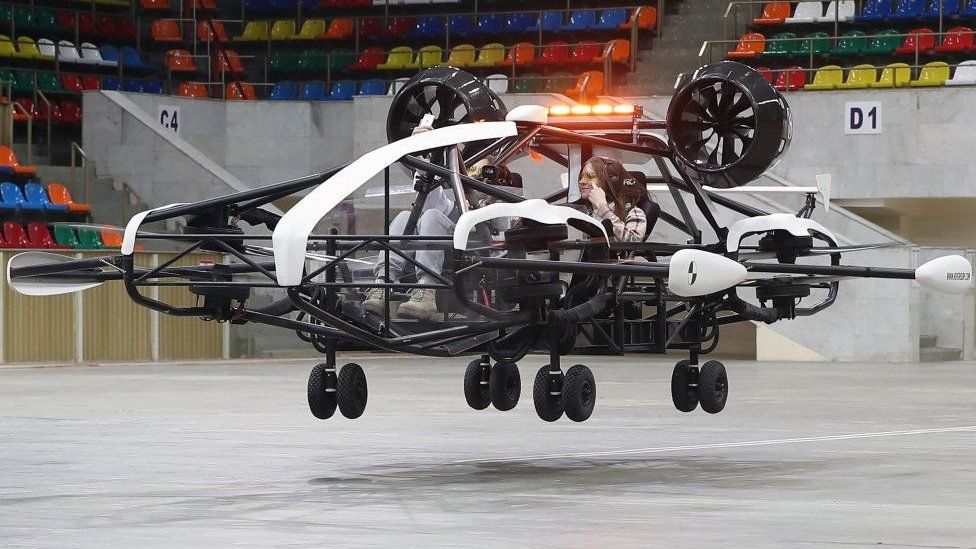 United Airlines plans to buy 200 flying electric taxis that it hopes will fly passengers to the airport within the next five years.

The US airline is one of the first major carriers to commit to the purchase of flying taxis.

United Airlines will also invest in flying taxi firm Archer as part of a $1.1bn (£800m) deal to develop the aircraft.

The aircraft need regulatory approval before the purchase can go ahead.

The race to build a flying electric taxi
Is the airborne commute a flight of fancy?
The flying car is here – and it could change the world - BBC Future
United Airlines will team up with US regional carrier Mesa Airlines to buy Archer's electric vertical take-off and landing (eVTOL) aircraft as part of a $1bn order.

The deal is seen as a stamp of approval for start-up Archer, which said it will launch its shares on the US stock market following the deal.

Other investors in the start-up include carmaker Stellantis, the new company formed last month by the merger of Fiat Chrysler and France's PSA Group pg slot

United and Mesa said they predict using the taxis to fly passengers over congested highways to hub airports.

California-based Archer says the taxis will be capable of flying a distance of 60 miles (95km) at 150 miles an hour (240km/h) and could nearly halve carbon dioxide emissions for passengers travelling to the airport.

"With the right technology, we can curb the impact aircraft have on the planet, but we have to identify the next generation of companies who will make this a reality early and find ways to help them get off the ground," United Airlines chief executive Scott Kirby said in a statement.

United and Mesa have the option to buy another $500m worth of aircraft under the deal.
Top
Post Reply
1 post • Page 1 of 1